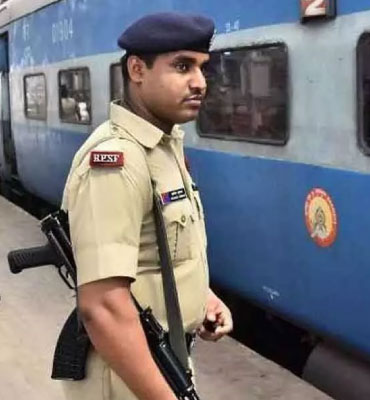 The RPF, along with the Government Railway Police(GRP) ensure the security of passengers and property of the Indian Railways. The following are the functions of the force:

The following powers are conferred upon the force to enable them to smoothly discharge their duties:

Training of the Officers

Probationary training is provided to both direct recruits and promoted officers at a number of national academic institutions, including the Jagjivan Ram RPF Academy in Lucknow, one of the primary training centers for Indian Railways. Direct Group A applicants go through foundation training as well as additional instruction.

After completion of a successful probation period of two years, probationers are confirmed. Also, there is provision for in-service training for officers spread across the entire service span organized within Railways as well as through BPR&D and DoPT.

Group A officers of RPF are responsible for the overall protection and safeguarding of railway property, passenger, and passenger areas on/over the Indian Railways. Their functions broadly include

Designations of Group A Officers

The officers join the service after completing the training as Assistant Commandant or Assistant Security Commissioner in the division. The officers may get battalion posting or headquarter posting. Below the designation is being attached 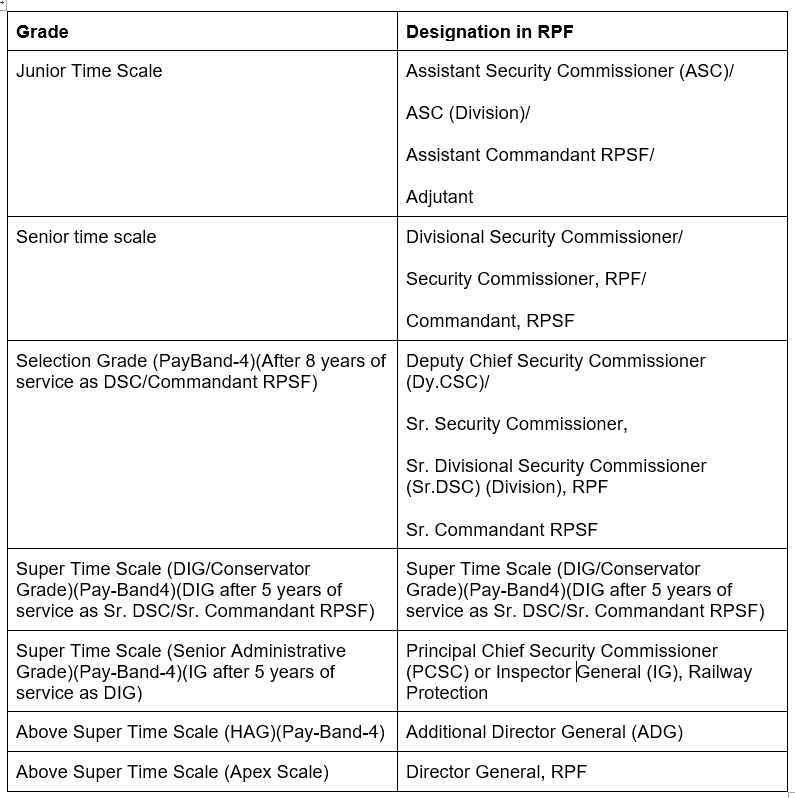