The Union Home Ministry has considerably reduced the “disturbed areas” under the Armed Forces (Special) Powers Act (AFSPA) in Assam, Manipur and Nagaland. 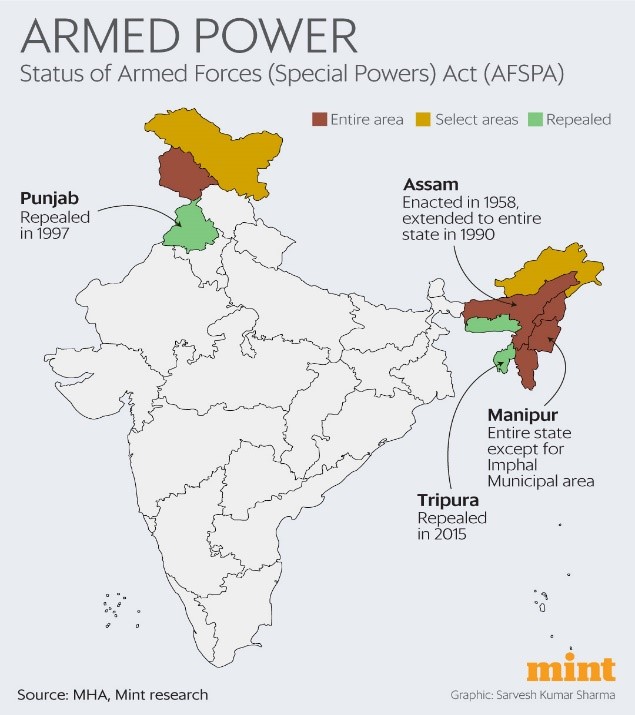