The Importance of Caste Data

Recently, the Supreme Court upheld the 27% quota for Other Backward Classes (OBC) in the All-India Quota seats for the National Eligibility-cum-Entrance Test.

Need for a justifiable caste data:

Many believe that affirmative action’s increase caste differences and prevent a “casteless society”. But, “castelessness” is a privilege that only castes, which are developed, can afford. Because they have already translated caste-related benefits, into social, political, and economic capital.

Way forward:  Impartial data and subsequent research might save the bona fide attempts of the uplift of the most backward classes from the shadow of caste and class politics and be informative for people on both sides of the spectrum – for and against reservation. 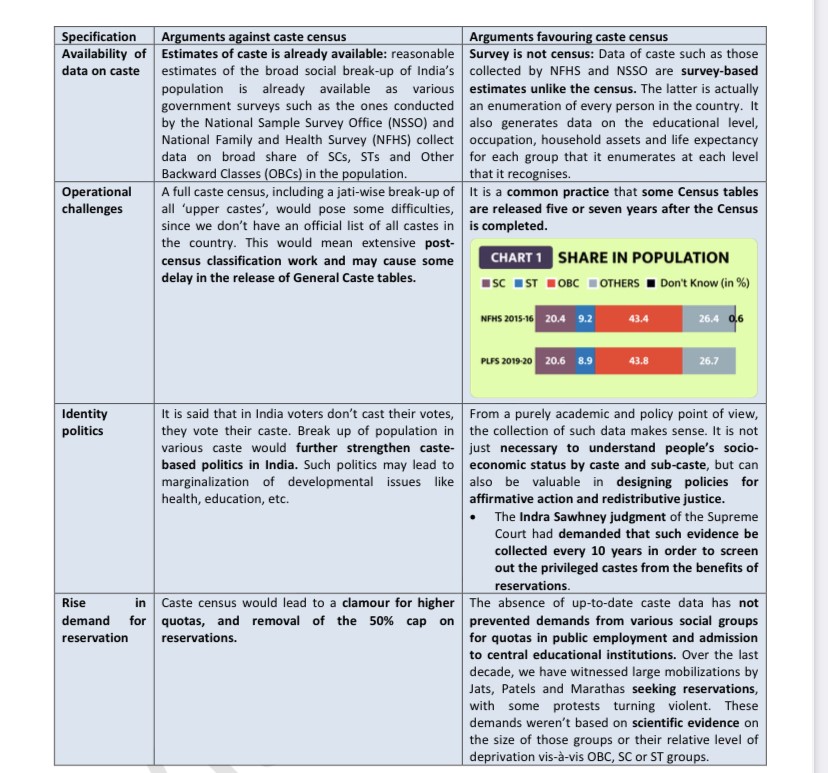