The Supreme Court has held that Union and State legislatures have equal, simultaneous and unique powers to make laws on Goods and Services Tax (GST) and the recommendations of the GST Council are not binding on them.

What is the case? 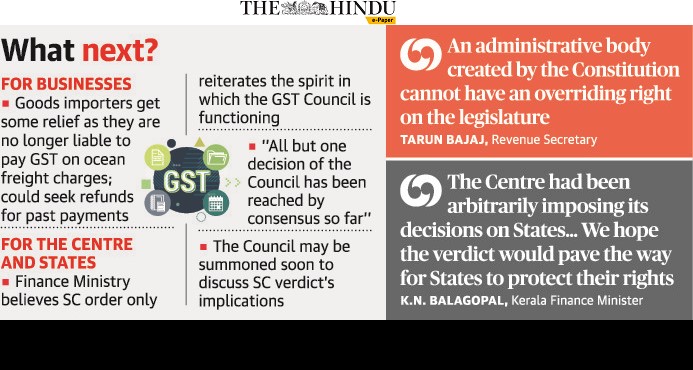