The Supreme Court has ruled that there was “no constitutional infirmity” in the way the government had introduced ‘one rank, one pension’ (OROP) among ex-service personnel.

Need for the scheme: 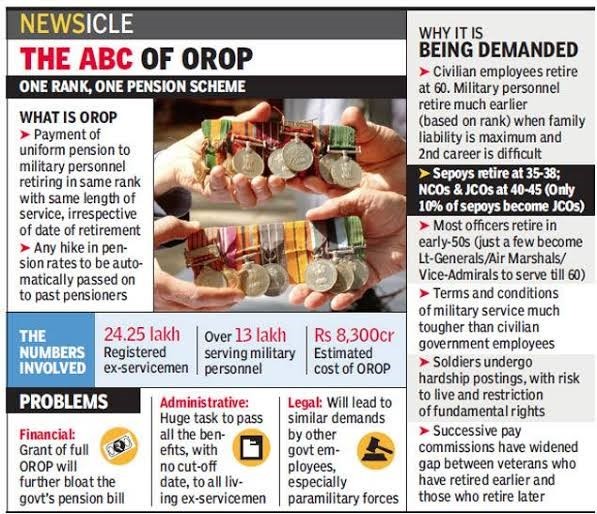