It allows a country to pass a rule on taxing certain products, items or services and deals and charge companies from a time behind the date on which the law is passed. 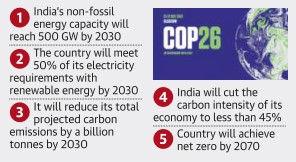