1) Young Professionals Scheme: It was conceived as part of an India-U.K. Migration and Mobility MoU signed in May 2021 and was announced in November at the G20 summit in Bali.

3) Article 176: The Governor shall address the Legislative Assembly or both Houses (in the case of a State having a Legislative Council), assembled together at the

4) Duchenne Muscular Dystrophy: It is the most common and fatal type of muscular dystrophy marked by progressive muscle degeneration and weakness due to alterations of a protein called “dystrophin” that helps keep muscle cells intact. 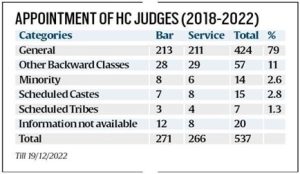