1) Alzheimer’s Disease:  It is a neurological disorder which causes brain cells to degenerate and die. This leads to loss of memory, problems with words in speaking or writing, poor judgment, changes in mood and personality, confusion with time or place, etc.

3) Elvira Rat: or the large rock rat is a rodent found only in the Yercaud hills.

4) Giant Stingray: The world’s largest recorded freshwater fish, a giant stingray, has been caught in the Mekong River in Cambodia.

5) Mekong River: it is a trans-boundary river, flowing in East Asia and Southeast Asia. 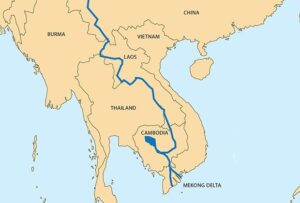