Chabahar Port: It is located on the Gulf of Oman and is only 72 km away from the Gwadar port in Pakistan which has been developed by China. The port serves as the only oceanic port of Iran and consists of two separate ports named Shahid Beheshti and Shahid Kalantari. 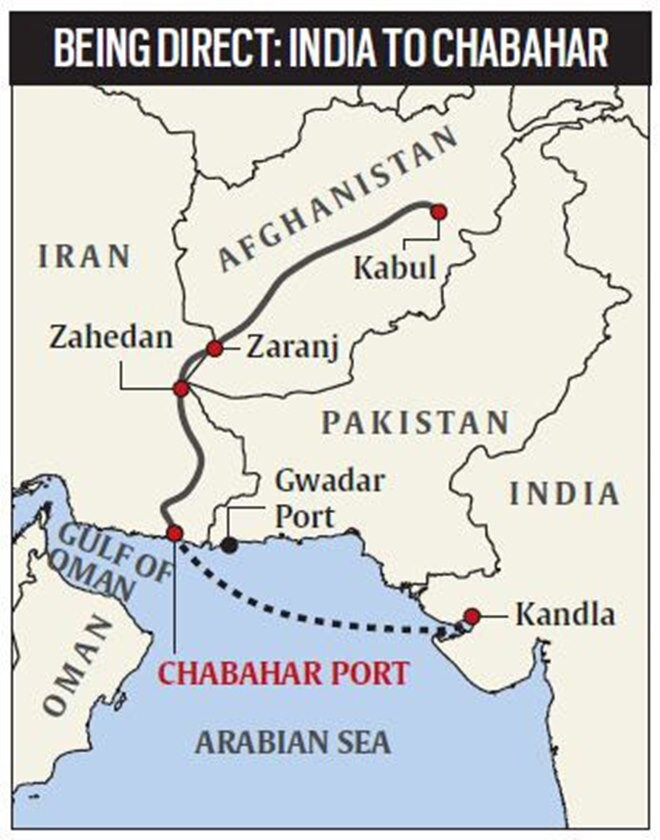 Bad Bank: The bad bank is an Asset Reconstruction Company (ARC) or an Asset Management Company (AMC) that takes over the bad loans of commercial banks, manages them and finally recovers the money over a period of time. The bad bank is not involved in lending and taking deposits, but helps commercial banks clean up their balance sheets and resolve bad loans. The takeover of bad loans is normally below the book value of the loan and the bad bank tries to recover as much as possible subsequently.

BBV154: Bharat Biotech’s BBV154 is the first publicized attempt at getting an intranasal Covid-19 vaccine. Vaccines are most commonly administered as injectable shots into the muscles (intramuscular) or the tissue just between the skin and the muscles (subcutaneous). However, with intranasal vaccines, the solution is squirted or sprayed into the nostrils and inhaled instead of injecting it.

Rock Agama: The peninsular rock agama or South Indian rock agama (Psammophilus dorsalis) is a common species of agama found on rocky hills in south India. An allied species, Psammophilus blanfordanus, is found in the Eastern Ghats, but north of the range of this species. the attractive colours of the males—sometimes a deep red or a striking orange or even a pale patchy yellow—can change within seconds.

Electoral Bonds: Electoral Bond is a financial instrument for making donations to political parties. The bonds are issued in multiples of Rs. 1,000, Rs. 10,000, Rs. 1 lakh, Rs. 10 lakh and Rs. 1 crore without any maximum limit. State Bank of India is authorised to issue and encash these bonds, which are valid for fifteen days from the date of issuance. These bonds are redeemable in the designated account of a registered political party. The bonds are available for purchase by any person (who is a citizen of India or incorporated or established in India) for a period of ten days each in the months of January, April, July and October as may be specified by the Central Government.