1) Sanjay Agarwal committee: centre has constituted a high-powered panel under the chairmanship of former 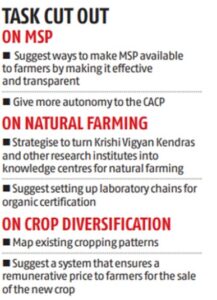 4) Reverse Currency War: A flip side of the US Fed’s action of aggressively raising interest rates is that more and more investors are rushing to invest money in the US.

5) Extended Fund Facility (IMF): It is an IMF lending facility to help members with balance of payments problems that need an adjustment period longer than that provided for under a standby arrangement