1) Ranajana Prakash Desai committee: Appointed by Uttarakhand to examine ways for implementation of uniform civil code, including a review of laws of marriage, divorce, inheritance etc. Also, the head of the Delimitation commission

2) Akruti: The programme AKRUTI-KRUTIK-FORCE: is an initiative from Bhabha Atomic Research Centre.

3) Sela macaque: A new species of old world monkey recorded from Arunachal Pradesh has been named after sela pass.

4) Rogan art: The word Rogan means “Oil” in Persian. With origins in Persia, it came to Kutch around 300 years ago. This craft is practised by a lone Muslim family, the Khatris in Gujarat. 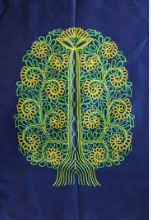 5) Sanjhi art:  Sanjhi is a humble craft of making rangoli-like designs usually on a mud platform or on the floor using special hand-cut patterns akin to stencils. The paper patterns are called khakha that are filled with colour. 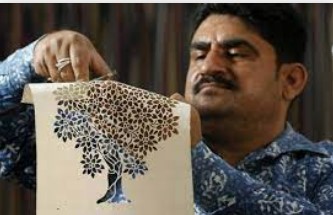