Lightning is a very rapid and massive discharge of electricity in the atmosphere. It is the process of occurrence of a natural ‘electrical discharge of very short duration and high voltage between a cloud and the ground or within a cloud.

Intercloud or intracloud (IC) lightning: These are visible and harmless.

Cloud to ground (CG) lightning: This is harmful as the ‘high electric voltage discharge for very short time leads to electrocution. 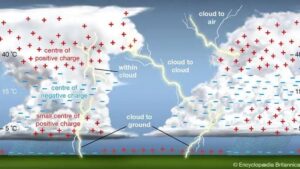 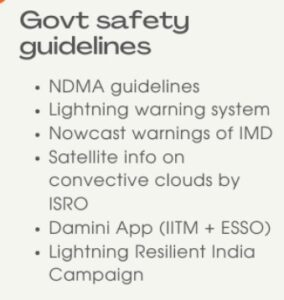 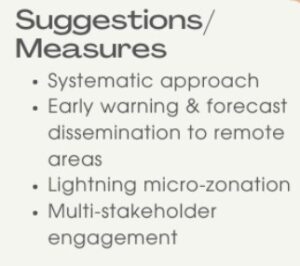